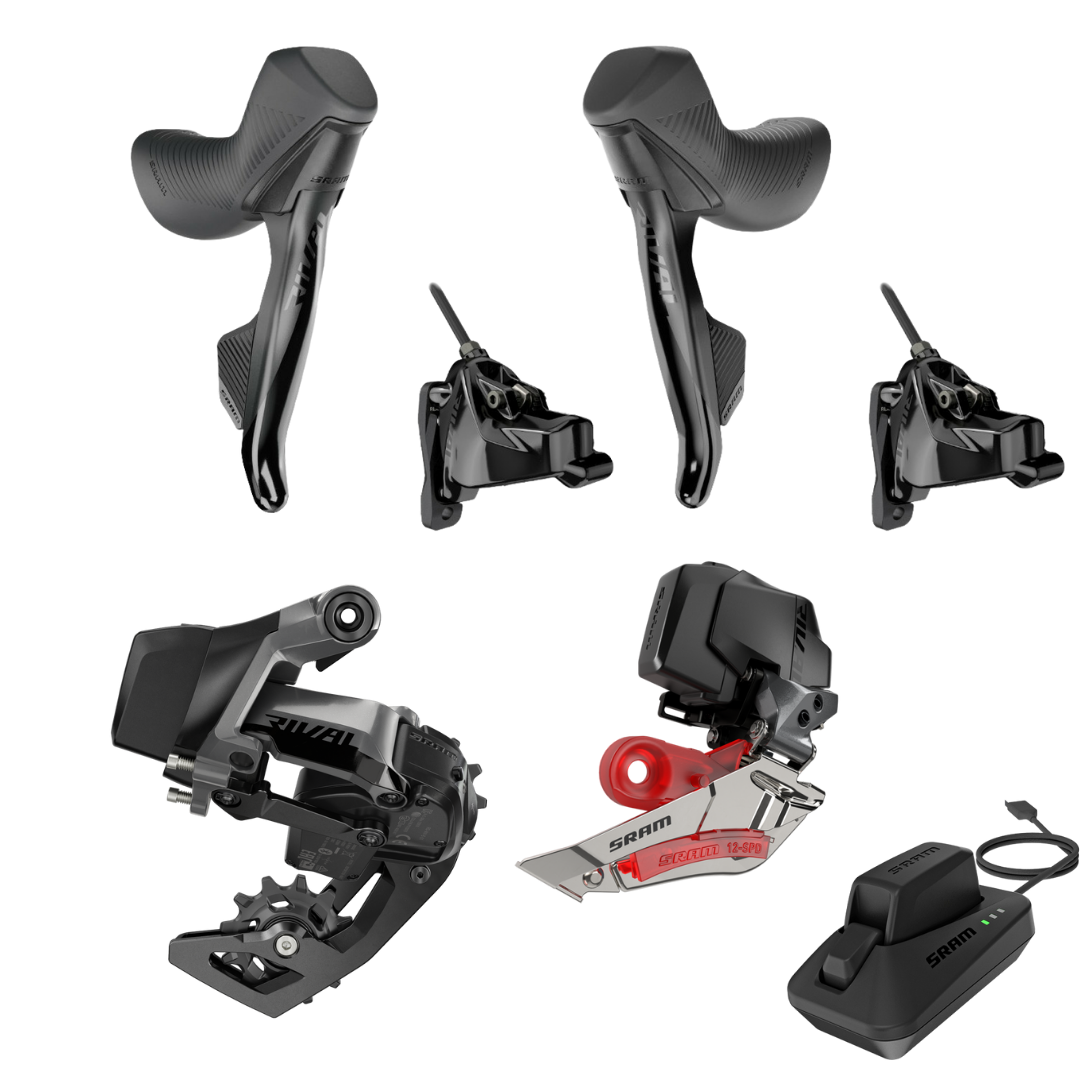 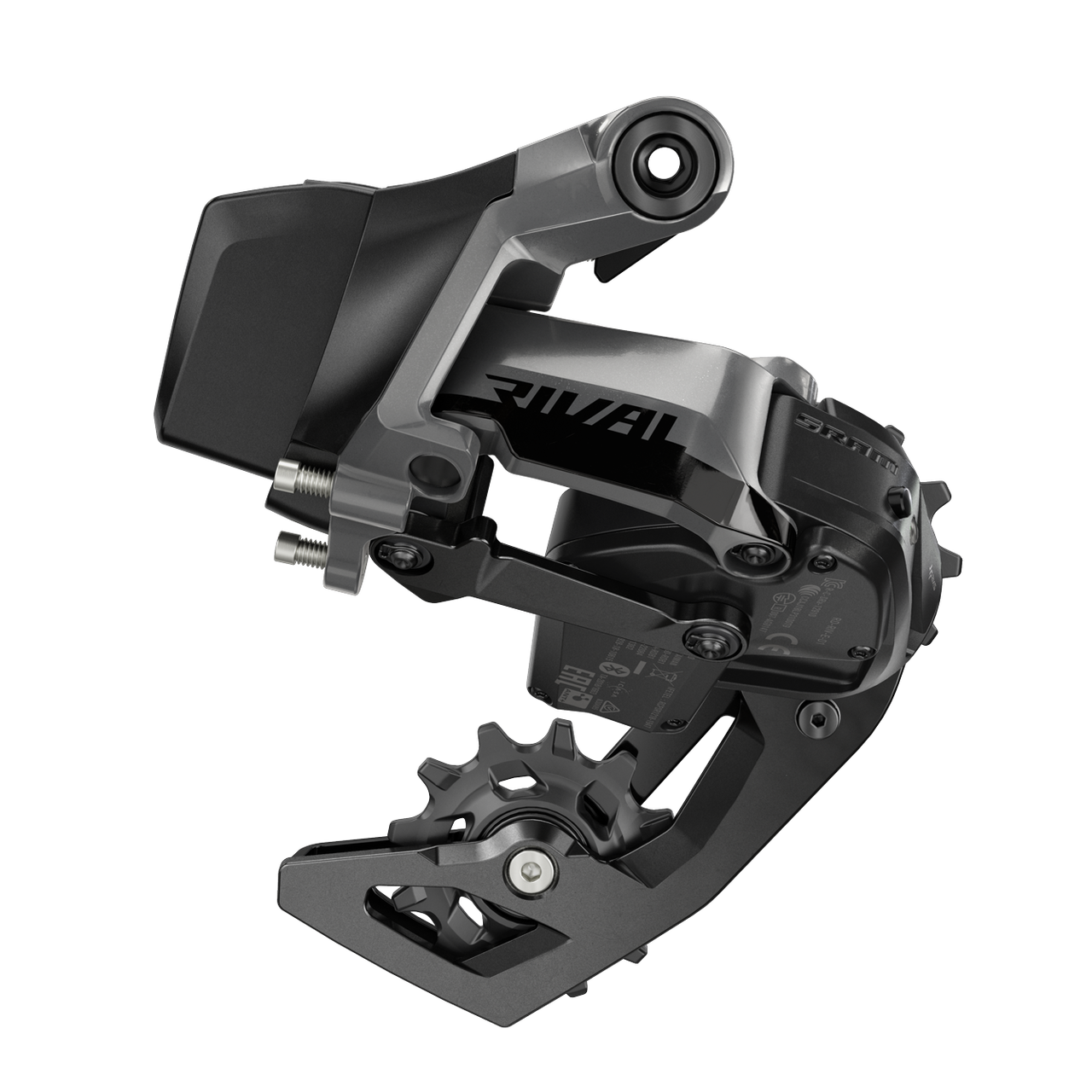 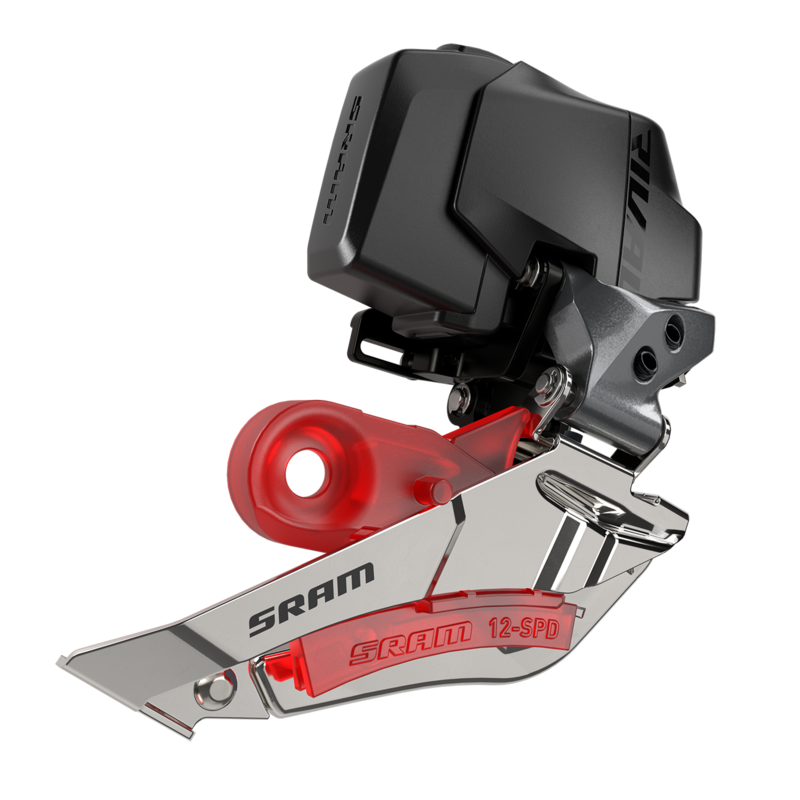 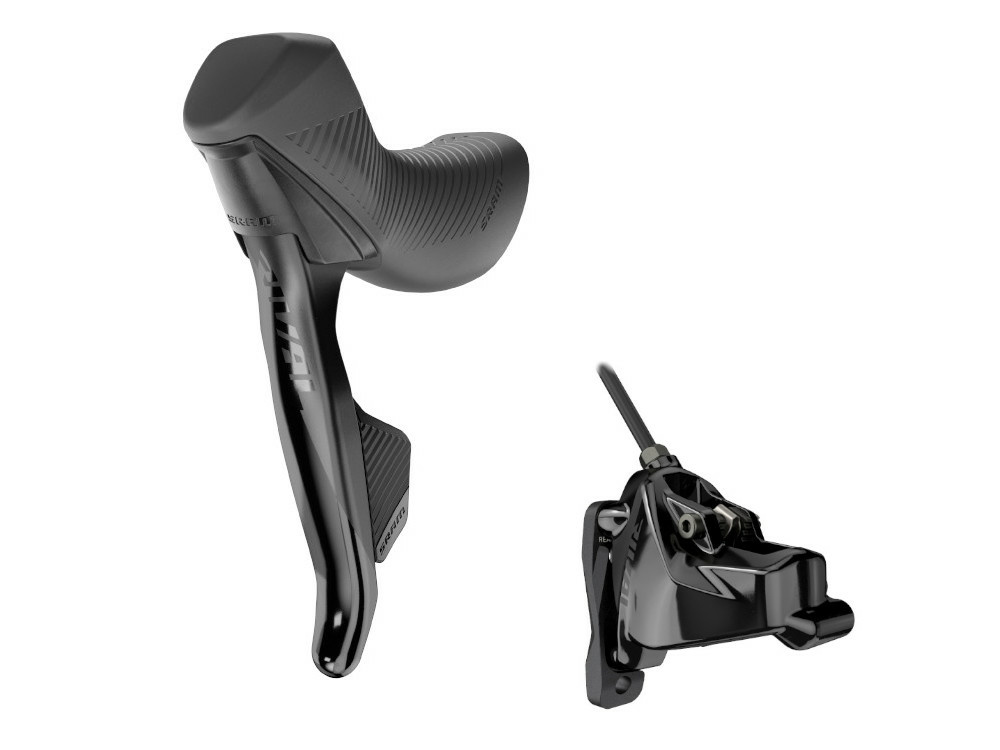 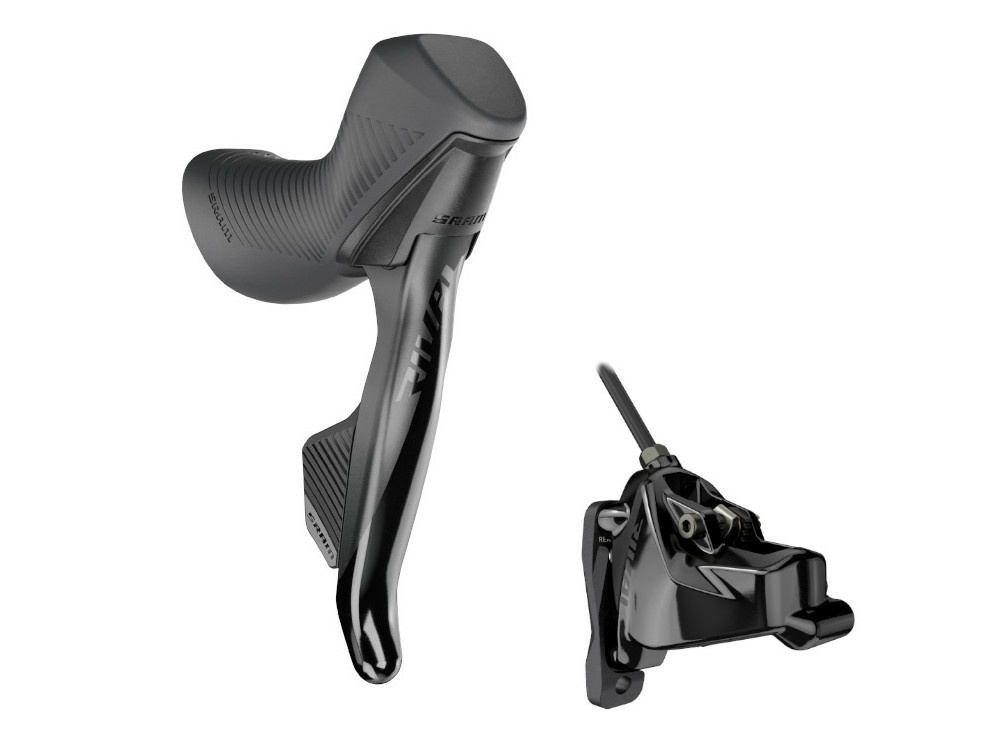 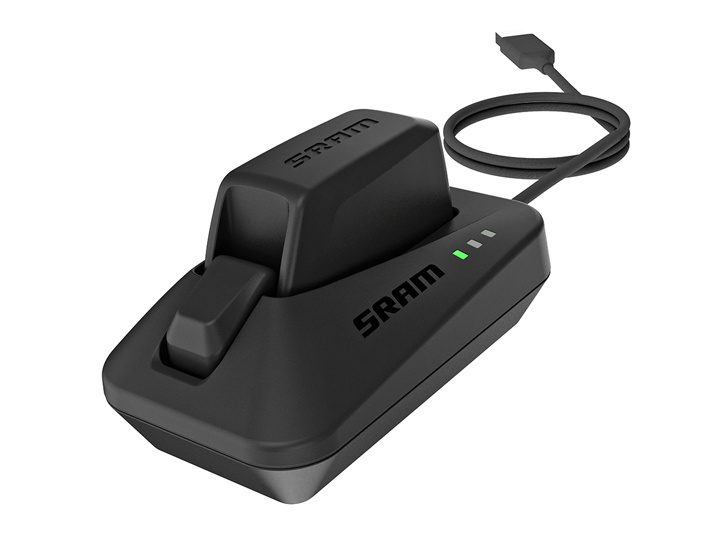 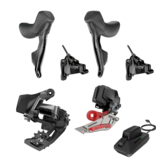 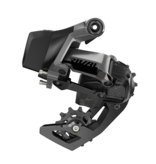 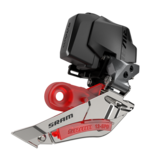 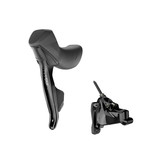 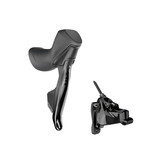 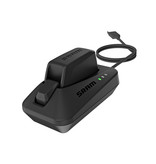 Shift brake lever including hydraulic disc brake
With the Rival eTap AXS HRD shift / brake system, you can brake comfortably and in a controlled manner from any position and transmit your shift commands via radio. In contrast to the Red AXS and Force AXS gear levers, the hoods of the Rival have become significantly flatter and narrower. This not only makes them look good, they are also compatible with all hand sizes. The textured rocker switches and rubber grips for even more control and comfort are also new. The reach adjustment on the brake lever ensures the best possible ergonomics. The integration of the Rival into the AXS platform offers you the option of adapting the switching to your personal preferences, evaluating your switching behavior or making firmware updates via the associated smartphone app. In addition to the freely selectable assignment of the shift buttons, the gearshift can also be operated in semi-automatic mode, in which the rear derailleur and front derailleur synchronize independently and you only have to choose between a lighter and a heavier gear. Ports for additional switches (blips), as they are found in the Red / Force AXS units, are not found on the Rival AXS shift levers. The two-part brake caliper, based on the award-winning HydroHC platform, is beyond any doubt when it comes to braking performance and heat management. you won't find any shift levers on the Rival AXS.

Rear Derailleur
The Rival eTap AXS derailleur ensures fast and safe gear changes under all conditions. Rear derailleur pulleys with X-Sync Narrow-Wide tooth profile hold the chain in place, even in single use. The medium-length cage is compatible with cartridges from 10-28 teeth to 10-36 teeth and covers an extremely wide range of applications. In contrast to the high-end Red AXS and Force AXS rear derailleurs, the Rival AXS uses a simple spring clutch instead of the Orbit fluid damper.

Front Derailleur
The SRAM Rival eTap front derailleur has been developed for the 2-fold X-Range chainring gradations of the eTap AXS group. Equipped with the proven SRAM Yaw technology, the front derailleur no longer needs to be trimmed. The power when shifting is automatically regulated by the eTap-AXS shift lever over the entire shift range. With the integration of AXS technology, the shifting behavior of the derailleur can be personalized via the associated app.

Add your review
0 stars based on 0 reviews 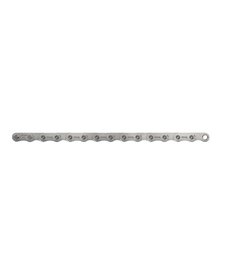 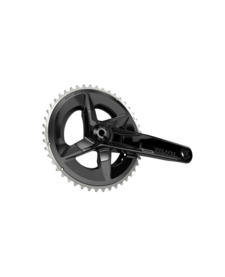 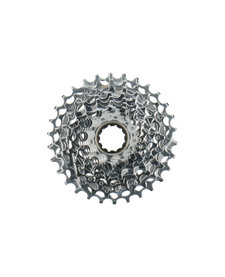 Cassette XG-1250 Rival AXS D1 12 Speed
$188.00
The SRAM Rival XG-1250 Cassette offers smooth, precise shifting in ranges that cover road, gravel and everything in between. SRAM brings their premier 12-speed drivetrain features such as a wide range, X-Range gearing technology, and a 10-tooth start to t 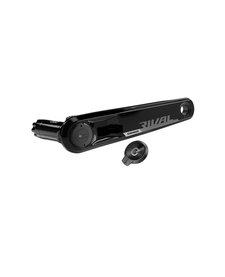 Rival AXS Dub Power Meter Left Crank Arm & Spindle
$375.00
The SRAM Rival AXS Power Meter Crank Arm Assembly is an easy and affordable way to add power to your SRAM Rival AXS crankset.
By using our website, you agree to the usage of cookies to help us make this website better. Hide this message More on cookies »
Powered by Lightspeed